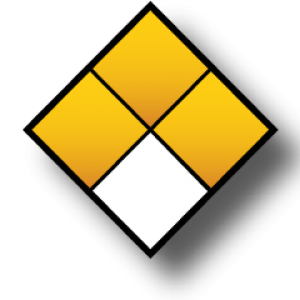 Justin James Miller was a Marine Veteran. He served his county with honor in Afghanistan. He was also a trumpet player and would play for military parades and funerals. After his discharge he became increasingly depressed, seeking treatment from the local Veteran’s Affairs Medical Center. Justin took his own life about a year ago in 2018. No one came to play Taps at his funeral.

Take a few minutes to watch this newscast about Justin’s life, told by his grieving family.

Recent suicides on VA properties sound the alarm on veteran care…
What group of people has the higher fatality rate? All people employed in the United States or U.S. military veterans. Sadly, it is our veterans. This past September the U.S. Department of Veterans Affairs (VA) released a report claiming that in 2017, more than 6,100 veterans committed suicide. That’s almost 17 people per day. The National Guardsmen and Reservists that were not federally activated but found themselves on the battlefield, were not given VA privileges. 919 of them took their own lives.

Today, November 11th, is the day that we take time as a nation to honor our veterans. Please join SCM in paying tribute to those who did not lose their lives on the battlefield, but lost hope, joy, and a reason to live. We salute those brave men and women by joining with the agencies that are banding together to offer support and help to prevent any more loss of life.

We need to do something to stop the tragedy of Veteran Suicide. What can we do to help?

1.  Be aware. Learn what you can about the issue. Some links are provided to the right, including a Ted Talk from a veteran who can tell you about the issues in his own words.

2.  Be a friend. Do you know a veteran? Be a friend. Be someone who makes themselves available to help. Listen to their story. If they need help, encourage them to ask for it.

3.  Be an advocate. If you see someone showing the classic warning signs that they are at risk of suicide, let them know they can talk to you, that it is okay to talk about suicidal thoughts, and that getting help is a sign of strength. What do you watch for? Some of the warning signs (from the Suicide Prevention Lifeline) include:

Evidence shows that providing support services, talking about suicide, reducing access to means of self-harm, and following up are just some of the actions we can all take to help others. Suicide does not have to be the inevitable conclusion. By providing support and directing people to the help they need, we can prevent suicide and save a life.

We could not save Justin’s life, but let’s honor his memory by not letting this horrifying trend continue.