The Producer Got it Wrong

By Kirstie Chisholm
Posted October 15, 2019
In Tip of the Week
The Producer Got it Wrong2019-10-152019-10-15http://www.scm-safety.com/wp-content/uploads/2016/08/safety-compliance-management-logo.pngSafety Compliance Managementhttp://www.scm-safety.com/wp-content/uploads/2016/08/safety-compliance-management-logo.png200px200px 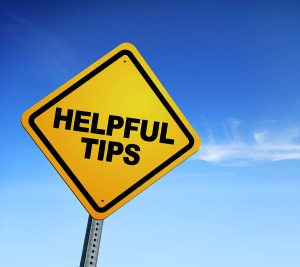 We are not sure who advises the producers on certain TV shows, but they often sacrifice truth for the sake of excitement, and get it wrong. Take automated fire sprinklers, for example. While watching a popular TV show recently, the heroes were in a tool room of a warehouse, hiding from a large group of drones that were attacking and shooting at them. To foil the drones, the heroes, still in a closed tool room,  set a rag on fire and held it up to a sprinkler head in the ceiling. Of course, the resulting deluge throughout the warehouse shorted out the drones and they were saved.

According to the National Fire Protection Association (NFPA), automatic fire sprinklers are “…a network of piping filled with water under pressure that are installed behind the walls and ceilings, and individual sprinklers are placed along the piping to protect the areas beneath them. Because the water is always in the piping, fire sprinklers are always “on call.” If fire breaks out, the air temperature above the fire rises and the sprinkler activates when the air temperature gets high enough. The sprinkler sprays water forcefully over the flames, extinguishing them….” (emphasis added).

Where you do have control over the presence of these potentially life-saving devices is in your own home. If you are remodeling or are having a new home built, we strongly recommend that you consider the addition of fire sprinklers. Some people elect not to have them put in because they are afraid that the sprinkler will activate accidentally, or because of the expense. However, the NFPA dispels these as myths. They offer these facts:

Automatic fire sprinklers save homes and save lives. They can extinguish a fire before it has the opportunity to grow into something that demolishes your home completely, often even controlling the fire before the fire department can arrive. And in doing so, the sprinkler system itself becomes the hero.

The 2020 Calendar of classes is now on the SCM Website.  Start with this link and scroll forward to find the training you need.

HAZMATSCHOOL.COM
15% off all courses during October with the code word “SPOOKY”