Inflation Pushes Up OSHA And Other Labor Law Penalties

The recent spike in inflation has now caused a 6.2 percent rise in penalties for violations of the Occupational Safety and Health Act of 1970 and other labor laws.

On January 14, 2022, the Occupational Safety and Health Administration (OSHA) and several other labor agencies, acting under the Federal Civil Penalties Inflation Adjustment Act of 1990, announced that to account for inflation, penalties would rise. The announcement is published at 87 Fed. Reg. 2328. 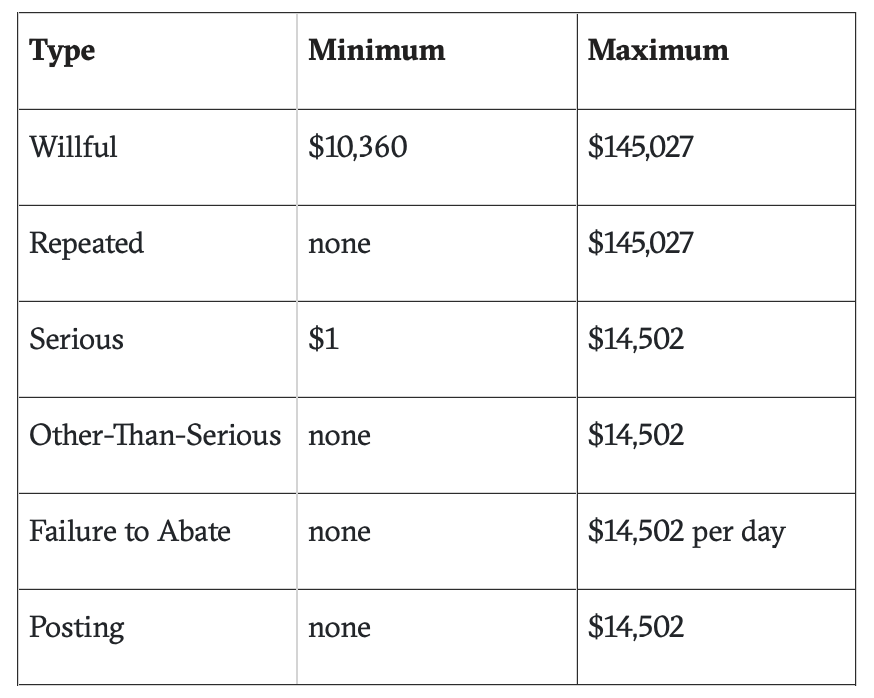