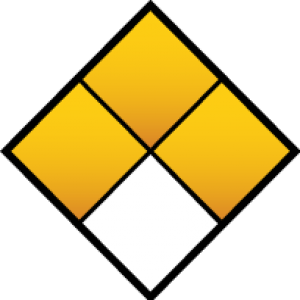 Jay Beuwmeester is a key member of the St. Louis Blues national ice hockey team. He was the star of last year’s Blue team as they won the Stanley Cup. He represented the Blues last month in the National Hockey All Stars game.

A week ago, February 11, 2020, Jay was playing with the Blues in Anaheim against the Ducks. He came off the ice after one of his shifts and sat down on the bench. Suddenly, he slumped over, and then fell to the ground, unconscious. Medics from the Blues sprang into action and were soon joined by medics from the Ducks. Cardiopulmonary Resuscitation (CPR) was quickly started. An Automated External Defibrillator (AED) was brought on scene, and shocks were administered. An ambulance arrived, and Jay was rushed to UC Irvine Medical Center.

At the age of 36, Jay, a seemingly healthy, strong athlete, had suffered a cardiac arrest. His heart had gone into defibrillation. The quick response of his team, the medics from both teams, and the presence of an AED saved his life.

If you have seven minutes to spare, we highly recommend that you watch this YouTube video, showing the events as they happen, with an explanation by a sports physician.

Following the American Heart Association’s recommended Chain of Survival, pictured here, early response to a cardiac event, followed by CPR and use of an AED saves lives. The American Heart Association estimates that only about 10% of those who have a cardiac event survive without immediate care. When CPR is quickly started (both compressions and rescue breaths) with immediate use of an AED the survival rate is dramatically increased to upwards of 80%.

It is likely that Jay experienced Ventricular Fibrillation or V-Fib. A simple explanation from the AHA is that, “Disordered electrical activity causes the heart’s lower chambers (ventricles) to quiver, or fibrillate, instead of contracting (or beating) normally. This prohibits the heart from pumping blood, causing collapse and cardiac arrest.” An AED shocks the heart, stopping the quivering, and allowing it to return to normal rhythms. If the heart is not fibrillating, the AED will tell you a shock is not advised. This is why the immediate availability of an AED is so vital in cardiac arrests.

AEDs are easy to use. There are many different models available, but all have instructions on where to apply the pads so that the unit can assess the patient to determine if a shock is needed and are capable of walking you through administering the shock.

The recommended response when someone collapses, like Jay did, is the following, in this order:
1. Call 911. If you are alone, you call 911. If others are nearby, assign one of them to call 911 and let you know when help is on the way.
2. Begin CPR. Remember, as the doctor said in the video, it is essential that you provide compressions and rescue breaths.
3. Get an AED and attach the pads as shown. If a shock is needed, the machine will tell you and help you administer it.

4. Get the patient to the hospital ASAP.

Jay has since had an internal defibrillator surgically implanted to keep his heart going. He is on the mend and will soon be back in St. Louis. It is unknown if he will be able to return to ice hockey, but he is alive, thanks to the quick response measures he received.

If you have not had CPR training, or not had it in the last few years, sign up for a class now. Ask to get AED training. The life you save will most likely be a family member, friend, or a co-worker. Help them to survive, like Jay has.