Welcome to the SCM Safety Newsletter, Spring 2017 edition.  This newsletter is here to provide you with information that is useful as well as for all of us to stay informed.  We really enjoy hearing back from you, with comments, questions and as always – ways we can improve.  As opposed to Hazardous Communication – that does not provide improvement and effective communication, our goal is to bring you what you want to know, and maybe help you to think about safety in a new way.  If you have questions, comments or would like to help us improve, you can always leave us a note through this link.

We have tried a new format in this newsletter.  Please give us any feedback, your comments are always welcome.  Read on to play our Safety Quiz, learn more from Ron’s Blog Corner, and Catch up on Safety News.

Safety Differently – A New View of Excellence on June 20th at 4:30 PM.
News You Can Use!
What’s New in the Safety World, and at SCM
OSHA has announced their new promotion for a Safe and Sound Workplace based on rising occupational-related fatality rates in Kansas, Nebraska and Missouri.  Read more about it through this link.
OSHA has released a final rule to Update the General Industry Walking-Working Surface and Fall Protection standards.  The purpose of the final rule is to help employers by providing greater flexibility in choosing a fall protection system.  You can rad more about the final rule by following this link.
OSHA also has announced that June 12 – 18 is Safe and Sound Week.  Check out the promotion here.
OSHA’s guidance during earthquakes can be found here.
CDC launches new campaign on Opioid Addiction in the Workplace.  To learn more, connect through this link.
CDC’s recommendations for emergency survival kits can be found on this site. 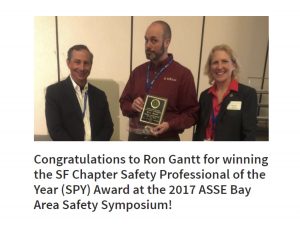