During a recent SCM training class, a student relayed a story. Her family had recently applied a coating of mineral oil to their wood deck, attached to their house. As they finished up, they left the oil-soaked rags in a pile on the deck. And, you guessed it, the deck later caught fire. The oily rags spontaneously combusted. The student said she felt lucky that they only lost the deck and did not lose the entire house.

How does this happen? The oil was probably boiled linseed oil. Watch this video for an explanation: 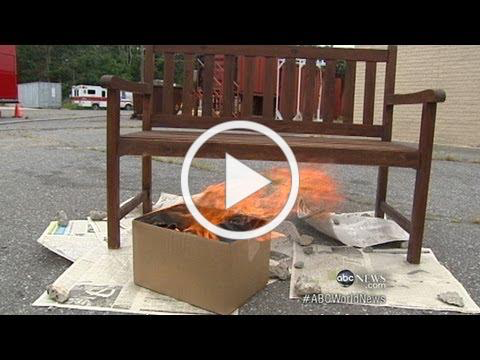 So what can we learn from this?

Fires occur when four things, known as the fire tetrahedron, are present. 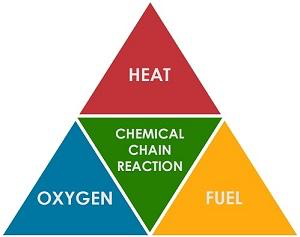 As boiled linseed oil decomposes, which is a chemical chain reaction, it creates heat. The rags (and then the deck, in our story) are the fuel. And there is oxygen all around in the air. Remove any one thing in the fire tetrahedron and you can prevent a fire.

If you watched the video, the reporter recommended drying mineral oil-soaked rags completely, and/or immersing them in a metal can with water then sealing the can tightly. This denies the ability of the boiled linseed oil to generate heat and reduces the availability of oxygen. As we already said, without all four parts of thetetrahedron, fires are prevented.

Let’s use another example. Has anyone, while cooking, ever had a pan containing grease catch on fire? Putting water on the pan will cause the hot grease to splatter and could spread the fire or burn you. A more effective method is to turn off the stove (remove the heat) and place a lid on the pan (remove the oxygen). When it is cooled and safe to do so, remove the pan from the stove. For oven fires, turn off the oven (reduce heat), keep the door closed (reduce oxygen).

Fire extinguishers work on the same principal. They are designed to either stop the chemical chain reaction, reduce the heat, remove the availability ofoxygen, or deny the fuel the ability to feed the fire. But a fire extinguisher is something you have to go get. While they are to be within a certain walking distance in the workplace, most of us would still have to go get it. Controlling the environment so a fire cannot start in the first place is the more effective method.

A favorite phrase of SCM’s President, Paul Gantt, is “There is no glory in fighting a fire that could have been prevented.” In fact, he’s given presentations at national conventions on the topic. To see the slides from a presentation, follow this link: https://www.scm-safety.com/wp-content/uploads/2016/10/ASSE-2013-Theres-No-Glory-In-Fighting-A-Fire-Paul-Gantt.pdf