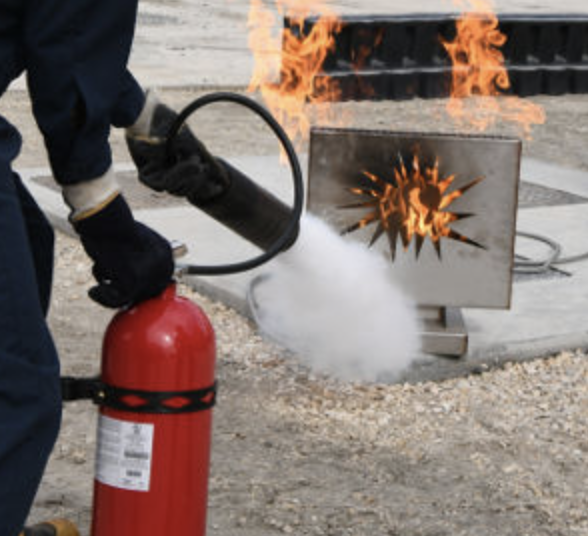 While listening to the radio the other day, I was surprised to hear the announcer talk about a recent safety training he attended at his station, describing it as irrelevant and “a waste of time.” He could not see the necessity of the training content at all. The training was about fire extinguishers. He described the curriculum, which included the classes of fires and corresponding extinguisher ratings. He said that when most people see a fire, it is in their nature to grab an extinguisher and try to put the fire out. His theory is that people will not stop to look at the rating on the label to decide if it is the correct extinguisher for the fire.

Having worked in two fire departments as a Fire Public Education Officer and having taught fire extinguisher training classes, I agree with him. Some people are more likely, when faced with an emergency, to try to do the right thing, which in their mind may be to extinguish the fire. Will they take the time to remember that an extinguisher that could be rated BC would not put out a class A fire? Maybe, but maybe not.

Why learn about classes of fire and the corresponding fire ratings? I can think of two reasons.

Second, people don’t only have fire extinguishers at work. We have them at home. Unless you have a side job where you work with flammable metals (class D fire hazard) you should know that you are safe when having an all-purpose fire extinguisher with a rating that covers the more likely fire hazards of A (ordinary combustibles), B (flammable liquids), and C (electricity) near your door. Putting it near an exit means that you always have a way out should there be a fire that you choose to fight.

The trainer missed a very important step. We call it the “application.” Unless an adult is told how a training class applies to them, they may not pay attention. And they might announce to anyone listening that the training was a waste of time. We just briefly explained to you why knowing about the classes of fire and the ratings of fire extinguishers are important.

One more important thing to remember about using fire extinguishers is to learn when to use one. A fire extinguisher should only be used:
1. After the fire department has been called (9-1-1).
2. After people are evacuating the area of the fire.
3. After you know you have a clear exit behind you.

If the fire is bigger than you, evacuate and let the fire department handle it.